Summertown Choral Society is a well-established, non-auditioned, mixed-voice choir based in North Oxford with around 140 members drawn from the city and surrounding areas. The choir traditionally holds two concerts each season, in January/February and May/June, and aims for a high musical standard. We rehearse in the church of St Michael and All Angels on Lonsdale Road in Summertown every Thursday evening 8–9.30pm from September to June, with short breaks for Christmas and Easter.

The choir has been directed by Duncan Saunderson since 1996, with Julian Littlewood as accompanist from 1997.

We are a large and inclusive choir in which members of all standards enjoy singing. Musicianship is fostered with a planned rehearsal schedule, workshops and opportunities to sing in smaller groups. The social side of music-making is also something we enjoy, with regular events, a summer party, and an annual trip, under the auspices of  the Summertown Singers, to do some a cappella singing abroad.

Since its foundation in 1961, SCS has performed a diverse range of choral music, from major works such as Brahms’s German Requiem and Mozart’s Great Mass in C minor to less familiar miniatures such as Britten’s Five Flower Songs and Randall Thompson’s Frostiana. More recently it has performed a thrilling Monteverdi Vespers, Handel’s Israel in Egypt, and Bach’s B minor Mass and Handel’s Messiah with period instruments.

The choir has regularly commissioned new works: in 2009, Bill Ives’s Songs of Ariel, based on texts from Shakespeare; in 2011, for the choir’s golden jubilee concert, Philip Moore’s Three Oxford Songs; in 2014, Andrew Gant’s RVW Suite; and in 2019, Bill Ives’s One Morning in Spring: Three Folksongs from Oxfordshire.

Excerpts of these and details of many other performances may be found on our concert history pages, along with photos and other memorabilia.

A copy of the choir’s constitution can be found here. 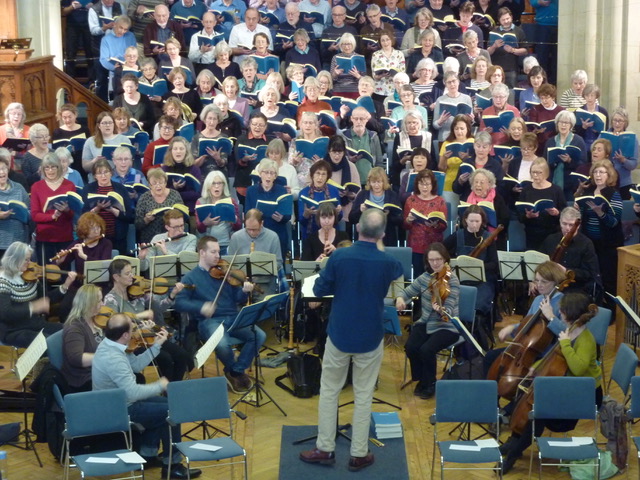