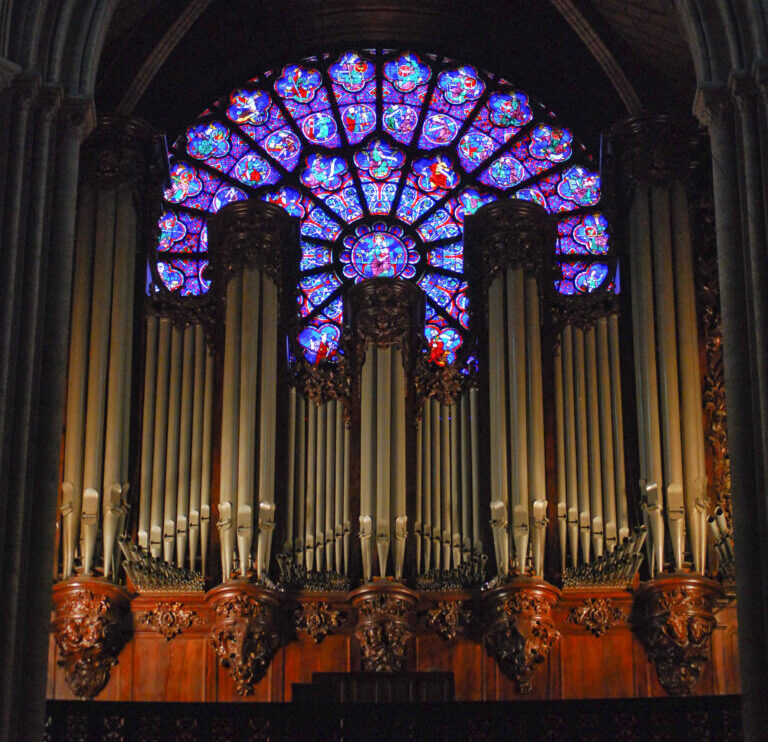 Below is the concert we had planned and had begun rehearsing for 6 June 2020, before the coronavirus struck. We are starting our second term of online rehearsals on 4 February 2021. For more information about these, see our Home Page and our Members’ Weekly Notices Page.

Paris in the late 19th and early 20th century was a golden age of music. Many of the greatest French composers were outstanding organists: Fauré and Saint-Saëns worked at l’Église de la Madeleine; Vierne was assistant to Charles-Marie Widor at Saint-Sulpice before becoming organist of Notre-Dame de Paris*; Duruflé was Vierne’s assistant at Notre-Dame before becoming organist of St-Étienne-du-Mont; and the honorary Frenchman, César Franck (born in present day Belgium), was organist at the Basilica of Sainte Clotilde. Luscious, almost impressionistic harmonies, beautiful soaring vocal lines and dazzling organ writing characterise this exceptionally fine music that is a joy to sing and hear.

*Louis Vierne became titular organist of Notre-Dame (see the picture of the organ above) in 1900 and remained active for 37 years at this prestigious post until he passed away – ‘on the job’ – following a stroke or heart attack (eyewitnesses, of whom one was Duruflé, differ in their reports). It was Vierne’s 1,750th organ recital. This year marks the 150th anniversary of his birth.