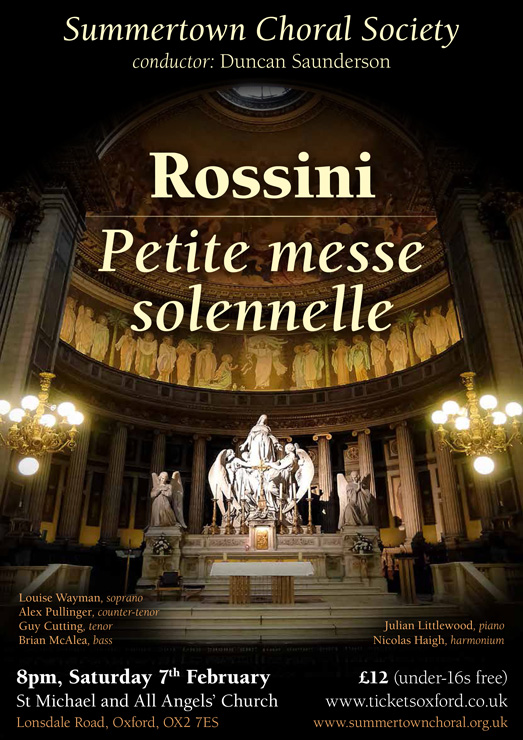 Rossini’s Petite Messe Solennelle, written around 1863, is neither short nor solemn. It is so called because of its economy of scale, with the orchestra banished, and its formality of a sung Mass. However, Rossini was the greatest writer of comic opera and his humour and gift for melody is present on every page. The German composer Giacomo Meyerbeer has been described as perhaps the most successful stage composer of the 19th century. A friend of Rossini’s, he attended the first two performances of the Messe and was greatly affected. His beautiful but under performed Pater Noster was written in 1857, the same year Rossini’s extremely charming motet O Salutaris Hostia was written.