In conjunction with Stanmore Choral Society 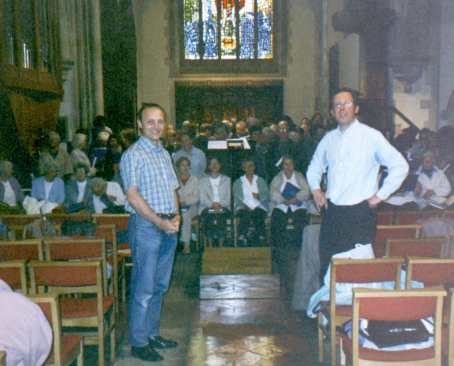 Translation of Latin Works for the June 2004 Concert

(The words of this Eucharistic hymn are of unknown origin, but sometimes attributed to Pope Innocent II who died in 1342. )

Cuius latus perforatum    unda fluxit         et sanguine:
Whose side once pierced   flowed with water   and with blood:

Esto nobis    praegustatum   in mortis examine.
Be for us     a foretaste    in death’s hour of trial.

(The words are the same as those set by Mozart, with the addition of the final line given below. Note that the English words under the Latin in the Brian Kay edition are a free adaptation, not a translation – and in places the theological sense of the original Latin is altered significantly.)

(The words of an anthem)

Inaestimabile sacramentum,     irreprehensibilis est
A priceless sacrament,         faultless it is.

Mozart used this setting of Psalm 117 as the fifth Psalm in the service of Solemn Vespers of a Confessor (K.V. 339), composed for the Archbishop of Salzburg. The words of the Psalm are sung by the soloist; the choir joins the soloist in the doxology.

For his mercy is established over us,

And the truth of the Lord endures,     it endures for ever.