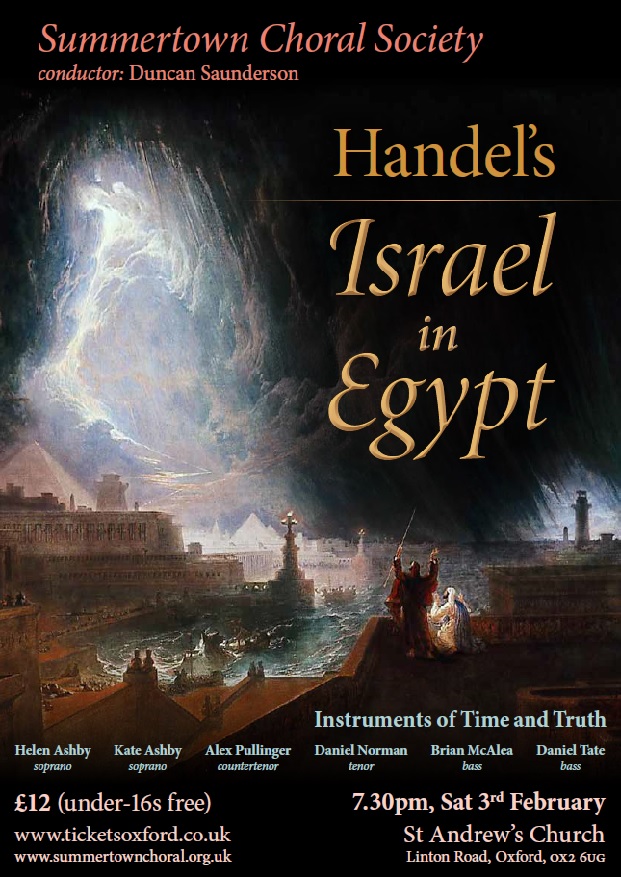 “Handel understands effect better than any of us; when he chooses, he strikes like a thunderbolt.” (W.A. Mozart)

Mozart’s words are no better demonstrated than in Handel’s magnificent oratorio Israel in Egypt. It soon stood alongside Messiah as one of England’s favourite choral treasures. Choruses and solos of frogs, pestilence, hailstones, darkness, insects, fire and violent smiting contain some of his greatest writing.

For this concert, SCS were joined once again by Oxford’s period instrument ensemble Instruments of Time and Truth, and another distinguished line up of soloists including the international tenor Daniel Norman. Handel’s majestic ‘Zadok the Priest’ provided a fitting encore to conclude a magnificent evening!